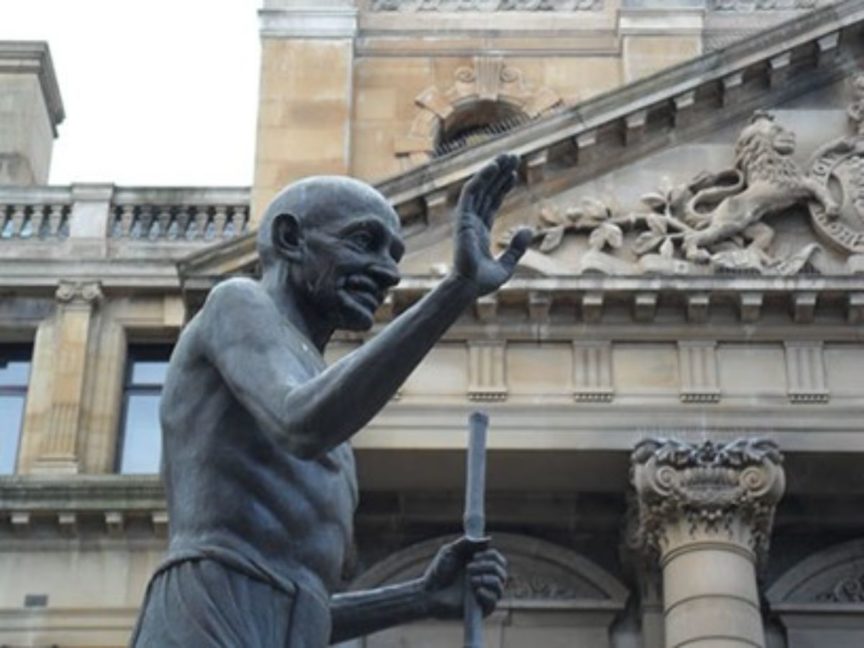 So, you have used your car hire Johannesburg to drive around in the city and its surroundings for the first few days? And now, before heading all the way to the Western Cape, you would like to explore KwaZulu-Natal – as you have heard so much about the “Place of the Zulu”, the “Place of the sky”? Perfect choice!

Although the region is only the 7th largest Province of South Africa, it has got a lot to offer: from dry savannahs to green mountain ranges, from modern buildings to poverty-stricken suburbs, from abandoned rural areas to crowded sandy beaches. Let’s start with two main cities within the alluring and diverse country. 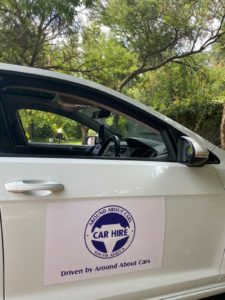 Off to Pietermartizburg – but take your time

Once you have left Gauteng’s buzzing capital in your car hire Johannesburg vehicle in the direction of KwaZulu Natal’s slightly less buzzing capital Pietermartizburg – the second largest city in the Province – you will be finding yourself surrounded by a beautiful scenery. Take the time and take in the marvellous views while driving drive across the region of Midlands Meander.

It runs from the Mooi River to “PMB” and is famous not only for its magnificent nature but also for being an artistic area where creativity is written with a capital C. Time seems to stand still here, craftsmen unhurriedly working on improving their skills, farmers working calm and serene on growing the most delicious fruits and vegetables, family quietly managing their coffee shops, bakeries, cheeseries, or herb gardens in quaint towns such as Curry’s Post or Howick. Relax close to the waterfalls or in the security of the forests and enjoy the tranquillity before finally reaching your initial destination.

Arrived? Let’s stay with the artists

Pietermaritzburg is the second largest city in the province, home to approximately 900 000 inhabitants. And as not all artists in KwaZulu Natal have decided to set up over in the Midlands Meander, you find quite a few of them here. And quite a few of their works in the shop of the Tatham Art Gallery – regarded by experts as one of the country’s best art museums. Once you park your car hire Johannesburg vehicle and look at the building you will already be stunned by its beautiful Victorian architecture. The gallery opened its doors to the public first in 1903 and not only displays a collection of paintings by world-famous artists such as Degas, Matisse or Picasso but also shows some unique handcrafted pieces made by local virtuosos. Before heading on, have a light meal in the Café Tatham on the first floor in order to get some energy for the rest of the day. 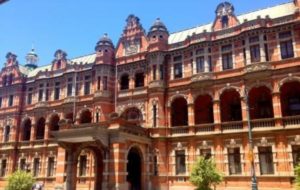 Two more cultural agenda items, both featuring famous characters in their life size: In between the unique samples of natural history in the KwaZulu-Natal Museum you find a T-Rex model, in Church Street a statue of Mahatma Gandhi, cast in bronze. For two centuries, the Indian political ethicist lived in South Africa, eleven years of them in KwaZulu-Natal. With its unveiling in 1993, Archbishop Desmond Tutu marked the centenary since Gandhi decided to stay in the country. 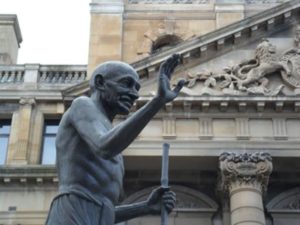 Enjoy nature in the city

Even older than Gandhi’s statue is the Pietermaritzburg Botanical Gardens. Established in the 1870’s on an ancient floodplain, the garden’s actual main purpose is to advocate conservation and attract attention to South Africa’s flora. Walking the hilly area, you walk through lush vegetation, past indigenous plant species and colourful blooming flowers, finally getting to the “avenue of trees” which was planted about 110 years ago. However, the Botanical gardens do not only provide trees or flowers or other plants but a man-made tower too – equipped with a bell from the HMS Princess, the ship on which King George V sailed along the South African coastline. 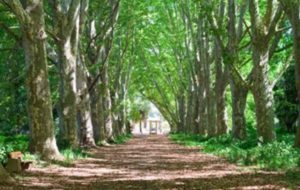 Win your next trip to South Africa

In order to extend your stay in South Africa and respectively your car hire Johannesburg for as long as you wish, spend your evening out of the ordinary and pay a visit to the luxurious Golden Horse Casino – and win! Named after its location on a race-course, the entertainment palace hosts not only hundreds of slot machines, roulette and card tables but also features glamourous shows as well as a variety of excellent restaurants and bars – you will not have to leave the place hungry. 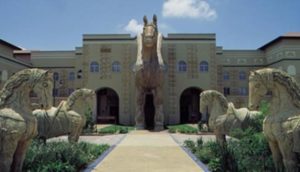 Head towards the coast

New day, new adventure: Thanks to your car hire Johannesburg you can simply get into the chosen vehicle and head from Pietermaritzburg to Durban. Used to ups and downs in your life? If not, you will soon know the feeling – literally. The “Valley of 1000 Hills” is waiting for you! On your way from one city to the other, you will be caught in the unspoilt nature between deep rivers and high mountains.

Apparently, exactly 1,000 hills nestle along the Umgeni River all the way to the Indian Ocean. At any time, you can park your vehicle from your car hire Johannesburg and switch the driver’s seat for the saddle on the back of a horse, take selfies with stunning mountains as a background or enjoy a delicious meal in one of the many restaurants along the side.

The largest city in the Province, the busiest port in the country, host of Africa’s biggest shopping mall, one of the main South African tourism centres … Durban’s superlatives are almost endless. Once arrived and stepping out of your car, you will immediately feel the warm air in your face – the amicable subtropical temperatures being one of the reasons why the lagoon city enjoys such a high popularity among South Africans and tourists alike.

But not only the weather goes for Durban – the city’s rich history and cosmopolitan aura, the old and modern-day architecture, the vibrant mixture of people with their different cultures and backgrounds, the variety of activities and landmarks attract visitors from all around the world. By now, you have had quite a bit of a cultural experience in Pietermaritzburg. We’re giving you a break – before hitting the water for body or kite surfing, swimming or sailing, see and be seen at the most popular promenade in KwaZulu Natal!

Head out to the Golden Mile

Imagine a luxurious beachfront with upscale hotels, extravagant shops, lifestyle markets and an imposing entertainment area, and you picture the Golden Mile. However, the name might be misleading – as you do find sandy beaches with a golden colour but will have to walk for more than a mile from one end to the other. The vibrant, multifaceted marina stretches for 6,5 kilometres from uShaka Beach in the South up to the Suncoast Casino in the north.

Get there with your car hire Johannesburg and get ready for stunning sea views while strolling on the wide pavement. Feel like getting more active? Join the countless sports enthusiasts and take a jog or bike ride along the beachfront or build a sandcastle while soaking up the warm rays of sunlight after a long swim in the pleasantly warm water. In the end, award yourself with a refreshing drink in one of the many restaurants or get some souvenirs for your family at home. The Golden Mile in Durban has something to offer for every taste! 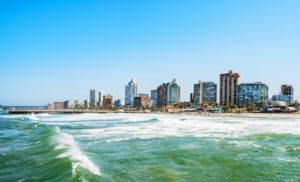 Before you make use of your car hire Johannesburg to head towards the inner city, you should by any means explore some more beaches. Durban is one of the most popular surf spots around the globe. If you think you saw a lot of boards along the Golden Mile, think again. Take a drive to some other spots like Ansteys Beach to watch beginners as well as experienced surfers. Only experts should meet the challenging waves in Cave Rock, for the usually overcrowded North Beach you will only have to be advanced in finding a spot for your towel.

All in all, you should watch the currents but will not necessarily have to be afraid of sharks, most of the city’s beaches are heavily netted, preventing the great whites from getting too close to the seal look-alike humans on their boards. And this goes for any season – actually, the large, consistent swells from June to September make the winter months the most suitable time of the year for the attractive water sport.

You don’t trust the nets? You are not feeling comfortable to dive into the Indian Ocean? But you would still like to try your luck on a surfboard, train your reflexes, find out about your balance abilities, the secret about the popularity of this sport?

No problem! Park your car hire Johannesburg vehicle in front of the Wave House at the Gateway Theatre of Shopping. Since its opening in 2001, the option to ride on artificially pumped waves has attracted about two million flowboarders or adventure seekers in every single year. The premises also provide the highest spaghetti junction super tube in the country as well as a large skate park and a huge screen for the public viewing of surf related films.

Check the schedule – the Wave House holds up to 7,000 visitors and is regarded a prominent venue for special occasions with live music performances. And if you are in a shopping mood, examine the extensive selection of merchandise like swimwear and sunglasses or look through the newest pieces of equipment including surfboards and wakeboards. 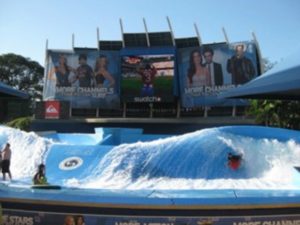 Initially, the African Art Centre has been founded to provide a basis for unemployed designers, a place where they could improve their skills and make a living of their hand-crafted art pieces. The non-profit organisation has showcased local creativity for more than 60 years, promoting everything from beadwork to home decor, getting buyers to uplift the social and economic wellbeing of the artists. You can chat to them in their stalls – or chat to a local sangoma, learning about your ancestries or asking her to use her magical skills to always keep your boss in a good mood.

It takes you 20 kilometres in Southerly direction until you get from Durban’s city centre in your car hire Johannesburg vehicle to the largest Hare Krishna temple in Africa. Although you will more than likely not find a lonely spot in the crowd-pleasing tourist destination, keeping up with a little crowd is worth it. The Sri Sri Radha Radhanath Temple is regarded an architectural jewel and a spiritual heaven.

Designed and erected in the 1980’s as a fusion of classical, modern and futuristic influences of east and west, you can awe at the domes in golden and white colours, an octagonal roof, further geometrical shapes like circles, triangles and squares, high ceilings, exceptional chandeliers and various monuments. Stroll through the lush lotus-shaped garden with its extraordinary water features and indulge in opulent vegetarian meals at the Govinda’s restaurant. 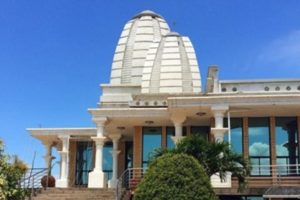 Well, don’t get us wrong – of course we’re not asking you to fly away again. After all, we have got so many more suggestions for your holiday in South Africa that we would rather recommend to extend your car hire Johannesburg. But for today, to end your Durban experience for now, drive in your vehicle to the Riverside district, to the ones who can fly: The Umgeni River Bird Park is home to over 200 bird species, some of them from Southeast Asia and Australia, others rare indigenous breeds which you find nowhere else in the world to find but in the Province of KwaZulu Natal.

Choose one or all

So, you have the choice of diving into the history of the land of the Zulu and learning about their culture, diving into the Indian Ocean and learning to surf, of walking along one of the most prominent beachfronts in South Africa and exploring extraordinary architecture as well as peaceful nature. Whatever you decide on, thanks to your car rental Johannesburg you can get there in comfort and style. Enjoy!