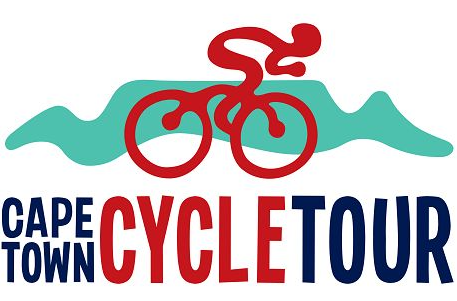 Are you an avid cyclist and know the Cape Town Cycle Tour, formerly known as the Argus Cycle Race? Or do you prefer to step on the accelerator in your vehicle rather than using muscle power and have therefore booked your car hire Cape Town for your trip across South Africa? Even then, it is worth paying a visit to the Mother City on October 10th and soaking up the atmosphere that normally wafts through the streets of Cape Town every March and captivates everyone – young and old, athletes and less active people, residents and tourists. Because the largest and most popular cycling competition on the continent is much more than a sporting competition between a few like-minded people. It brings people and cultures together and, with the support of various charity organizations, is all about helping the less fortunate. 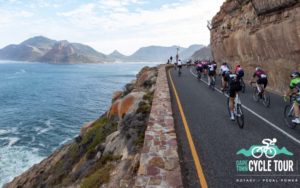 How it all started …

Before we look ahead, let’s look back. Unfortunately, we can no longer tell you exactly where you need to steer your car hire Cape Town vehicle to in order to find the café where it all began, because the two main protagonists never announced the location of the first conspiracy meeting. What is certain is that exactly 44 years ago Bill Mylrea and John Stegmann met for breakfast. One an engineer, the other one an architect, it was unlikely that they would talk about cycling. Yet that is exactly what they did. Because both were passionate cyclists in their free time and had long complained about the inadequate traffic situation for cyclists in the city: Hardly any bike paths, instead one lived dangerously between more and more cars, between Cape Point and the vineyards.

Petitions, discussions with politicians, appeals in the media – everything went unheard of. So over coffee and croissants, the idea of ​​a so-called ride-in was born, a cycling event with as many activists as possible who also wanted to strengthen the rights of cyclists. Under the aegis of the then specially founded Western Province Pedal Power Association, numerous sympathizers got on their bikes, set off from various points in the city and finally met to hand over their memorandum in front of the Cape Town City Hall. You can still drive the joint section today: Steer your car hire Cape Town vehicle via Adderley Street along the Grand Parade to the Foreshore: With that you do not even pass a tenth of the route that is by now covered by the many participants – and already was tackled a year later. 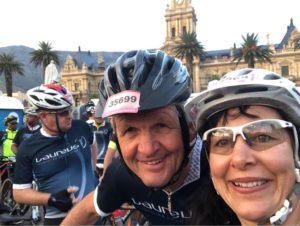 Because of the great success, the legendary Cape Town-mountain biker Steve Shapiro joined the organization just twelve months later, won his former employer, the daily newspaper The Argus, as main sponsor and, against the will of many political actors of the time, got a biking event going which was open to all interested parties, every skin color, every fitness level, and every age. More than 500 cyclists followed the call and started in Strand Street, cycled up the West Coast road to Melkbos – a recommended route for you with your car hire Cape Town rental car too! – and finally integrated a loop into the beautiful wine region around Paarl before they returned to the city after just under 300 kilometers.

The effort paid off: The attention increased and the interest of many residents has been aroused, who have taken the inadequate conditions for cyclists for granted up to the date. A new route down to the Cape was planned for the following year, through Misty Cliffs, which got their name with good reason due to the constant wafts of fog, via Slangkop and the world-famous coastal road Chapman’s Peak up to Suikerbossie and back to the city center. 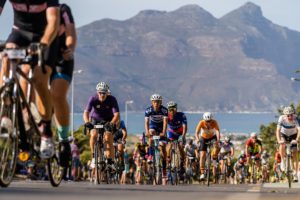 Extraordinary about the bike tour, which not only attracts more and more participants every year with recently 40,000 inquiries for 35,000 possible starting numbers, is the mixture of different attendants. Professional cyclists from all over the world who prepare for the European summer season in the South African autumn, dogged cyclists who want to break their own records and finally leave their training partner behind, beginners who rent a bike, form groups, disguise and just feel like cycling through one of the most beautiful cities in the world on a Sunday morning. All of them have seven hours to complete the 110-kilometer route before the broom wagon picks them up, and many stop before that. Because you will notice it as soon as you follow the route in your car hire Cape Town vehicle: it goes up and downhill, it is definitely windy, it is a long distance, in short: it is nothing for the faint-hearted.

Here is a summary of what has happened in relation to the popular bike tour over the past 44 years:

This year everything is (a little) different

Nothing can be guaranteed at those times nowadays, because no one can really foresee the further course of the pandemic and the reactions of politicians around the world. But it looks good that everything can start as planned on October 10th. Because unfortunately celebrating together, having a drink and eating afterwards in large groups, the gathering of enthusiastic spectators along the way with music and cheering are not allowed. But like this, at least the athletes can get on their bikes again after a year and a half, to participate in the popular tour.

The number of participants is limited to 18,000, which is half the number of cyclists who are normally allowed. You have to go straight to the start and in the finish area you mustn’t look forward to your finisher medal and a drink in bottles for too long. At least you can celebrate your sporting success at home with your friends and family. E-bikes are allowed, participants have the opportunity to find out everything about cycling news at an expo. The start will take place at the Grand Parade – plenty of space to park the bike, have a coffee and hand over clothing and personal items, which can then be picked up in the Race Village in Cape Town Stadium after the finish.

In case you can’t experience all of this in person on your bike: As soon as the roads will have been opened again, you should definitely drive the route with your car hire Cape Town rental car. Because it is a beautiful trip, and you pass numerous points and sights on the way, which should always be on the list of Cape Town visitors.

It starts with Table Mountain. Officially one of the earth’s seven modern natural treasures since 2012, the imposing mountain with its flat plain at the summit is actually worth more than being admired from the road. Park your car hire Cape Town vehicle at the lower cable car station and let yourself be carried up in a gondola to the 1000-meter-high viewpoint. Go for a walk there, enjoy a light lunch in the restaurant, snap photos of the flora and fauna – whatever you want to do up there, do it. A visit is a must for all Mother City tourists! 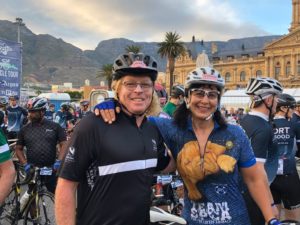 It starts with Table Mountain. Officially one of the earth’s seven modern natural treasures since 2021, the imposing mountain with its flat plain at the summit is actually worth more than it can be admired from the road. Park your car hire Cape Town vehicle at the lower cable car station and let yourself be carried up in a gondola to the 1000-meter-high viewpoint. Go for a walk there, enjoy a light lunch in the restaurant, snap photos of the flora and fauna – whatever you want to do up there, do it. A visit is a must for all Mother City tourists!

You will also pass Cape Town Castle. The pentagonal building was planned in the 1660s by the Dutch East India Company and served as the seat of government of the Cape Town governor until the 1850s. Here, too, you should definitely make a stop with your car hire Cape Town and visit the exhibitions or watch guards dressed in original uniforms.

On the way to Cape Point, you should stop again in Simon’s Town, because the charming coastal town has something for every taste. How about visiting one of the largest penguin colonies in the southern hemisphere? Not only outspoken animal lovers enjoy the cute tails wearers, who are always awkward on land, but in the water, they prove excellent swimming abilities. For those interested in history, the Naval Museum shows exhibits on the history of the seafaring military, which are still stationed in Simon’s Town today. And should you feel like kayaking on the Atlantic after driving your car hire Cape vehilce, stop in the picturesque harbor and rent a paddle boat.

Finally, drive back along Chapman’s Peak, through idyllic Hout Bay into trendy Camps Bay, where you should get out of your car hire Cape Town and enjoy a sundowner on the palm-fringed promenade with a view of the sea. You’re actually in luck: While the participants in the Cape Town Cycle Race have to drive straight from the start to the finish, you can take breaks wherever you want. Wherever that may be: it’s always worth it, because the Western Cape is simply gorgeous.

Something else which is fantastic? That you can win great prizes by booking your car hire Cape Town at Around About Cars on the occasion of this year’s bike race in October 2021. You can find out what it is about in detail in our newsletter or on Facebook. Check it regularly, stay up to date and enjoy your vacation in Cape Town!