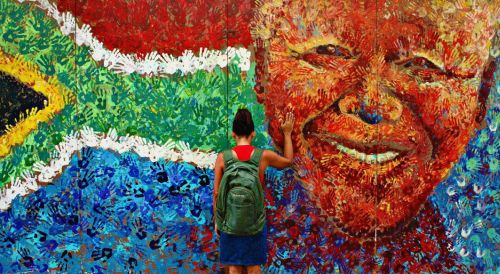 Two decades ago South African’s were free to cast their vote for the first time. The 27th of April 1994 was a momentous moment in a hard-won journey to equal rights for all South Africans and marked the birth of our new democracy.

Such a significant moment, in fact, that many have chosen to celebrate freedom throughout the month of April and we encourage locals and visitors alike to use this opportunity to reflect, celebrate and commemorate this time in the Mother City.

Cape Town as a symbol of Freedom

Says Cape Town Tourism Executive for Marketing, Velma Corcoran; “Cape Town has always been important in the struggle for freedom. This month we encourage Capetonians and visitors to celebrate how far we have come as a country and as a city. Take a walk past the City Hall and stop under the balcony to reflect on the words of Madiba’s post release speech; pay a visit to the District Six Museum followed by a stroll through the vibrant Fringe District or head to Langa to spend some time in the Pass Museum understanding what life was like for so many South Africans. When you are driving along Helen Suzman Boulevard or Robert Sobukwe Avenue, take a moment to ponder the role our struggle icons played in giving us the freedom we have today. Twenty years after apartheid, Cape Town is a liberal African city that welcomes anyone and everyone wanting to experience our diversity of offerings.”

It is also a city that is still wrestling with the legacy of apartheid, particularly in the stubborn existence of both a socio-economic and spatial divide. It was in the face of this challenge that Cape Town won the bid to become World Design Capital 2014, forming part of a broader vision to position Cape Town as a leading global city – a hub of creativity, knowledge, innovation and excellence – and to acknowledge that the city is using design thinking as a tool for transformation, focusing strongly on socially responsive design.

Visitors to Cape Town can be part of this ongoing transformation by contributing of their time and signing up for any number of volunteer programmes that range from building houses to reading to children. With Mandela Day on the 18th of July this year, thousands will be combining efforts to take action and inspire change, with visitors also having the opportunity to be part of this day of service.

Cape Town is the New York Times’ Number One Destination to visit in 2014 and visitors and locals alike have a number of ways to explore the footprints of the journey to democracy.

South African Tourism’s recently launched “Madiba’s Journey” is an interactive map where you can literally follow the footsteps of this extraordinary man around the country.

In Cape Town many street names honour the memory of notable struggle icons, whilst township tours are a great way to see and experience the Mother City during Freedom Month – via coach, bicycle or on a walking tour.

“Cape Town is, in itself, the expression of its freedom. The street art, music, dance and design that epitomises the city is perhaps the greatest acknowledgement of its liberation. Soak it up at coffee shops, in art galleries, in the parks, on campuses and the pavements of the city streets.” concludes Corcoran.