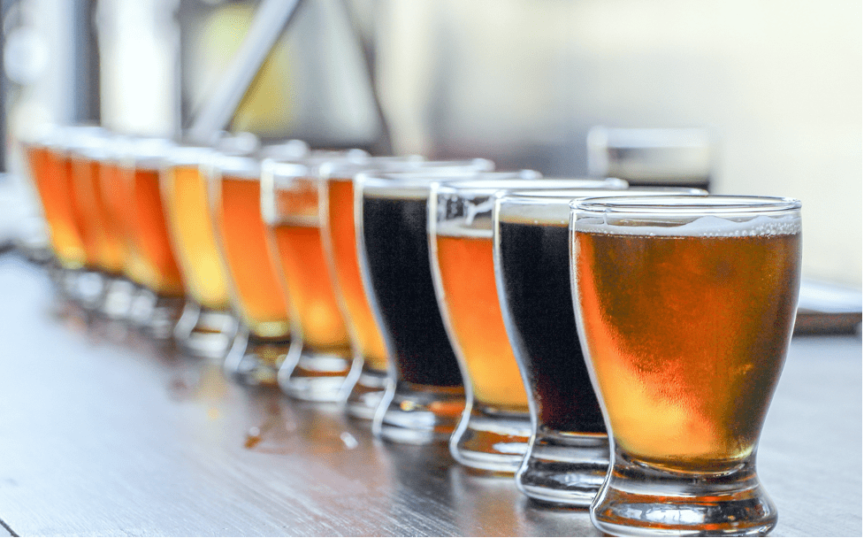 There’s nothing better than a summer’s day in the Mother City, with a beer in hand and not a worry in the world – it is no secret that Capetonians love their beer and so it comes as no surprise that there are several delightful brews available in the area. You can expect to find locals and visitors to the Cape queuing up to try the latest brews taking the region by storm, the Western Cape is certainly an essential hub for any beer enthusiast or connoisseur. In just a quick 5-minute read, this guide will serve as handy manual for exploring all the brilliant brews the Cape has to offer on your upcoming car hire Cape Town trip! If you’re looking for a taste of the best brews that the cape has to offer, then one of the following beer houses is an essential stop on your car hire Cape Town trip! These beer houses are not only legendary for their sense of culture, vibey energy and comfy chill spaces, but also of course – the brews. At any one of these hot-spots you can taste or indulge in a variety of bevys ranging from spicy IPAs, fruity brews, or smooth lagers – you won’t encounter a boring brewski here:

•Banana Jam Café: About a 30-minute drive from downtown Cape Town, situated in the suburb of Kenilworth, Banana Jam is a great chill-spot for the whole crew. With its very own microbrewery known as Afro-Caribbean – Banana Jam sports a laid-back atmosphere with tasty Jamaican-style grub to complement its wide selection of tropical brews in bottles and on tap!

•Beerhouse: The name says it all, what you see is what you get! Known as one of the best beer-bars in South Africa and hosting the biggest mix of beers on the African continent, Beerhouse is a hot-spot you definitely don’t want to miss on your car hire Cape Town trip. You’ll never be strapped for choice at this joint as they offer over 25 craft beers on tap as well as 99 varieties of imported bottled-beers. They have a stunning menu organised by flavour to go with the beers – and you’ll be needing the sustenance since you’ll be wanting to try every beer on offer!

•Devil’s Peak Taproom: This list wouldn’t be complete without mentioning the Taproom at the foot of Devil’s Peak! This famed beer house situated the Woodstock Salt River area is a bustling hub for some of the best craft brews you’ll try in the Cape of Good Hope. Not only is the view breath-taking, the Taproom also serves as a lovely spot for dinner and drinks as well as offering a curated tasting-experience that you can’t and shouldn’t miss! For Enthusiasts or Snobs: The Western Cape’s Best Breweries

If you are prone to the urge of exploring craft beers in settings that offer a bit more of an experience or information about the brews you’re trying, then this list is for you. Heading straight to the source of the Cape’s famous craft beers is where you’re likely to have the best tasting-experiences. We’ve compiled a few of the best breweries the Western Cape has to offer, they’ll make for worthy stops on your car hire Cape Town journey!

•Darling Brewery: It comes as no surprise that this gem sits at the top spot on this list, though it is situated just over an hours-drive out of the city in the quaint town of Darling, this niche-brewery is well worth the trip. It’s one of the original kids on the Cape craft beer scene and despite having been around so long, they stray away from being overly commercialised (though they are readily available almost anywhere) and focus on their initial intention of producing high quality brews using the best ingredients. Try Darling Brew’s award-winning beers whilst overlooking the microbrewery and feasting on their light-meals prepared using organic ingredients to pair perfectly with the brews.

•The Aegir Project: Hidden in the sleepy Cape suburb of Noordhoek, the Aegir Project is a powerhouse microbrewery producing high-quality beers with creative names and stunning labels to match. The independent brewery offers a food pairing with their selection of beers which are fun and punchy with flavours ranging from key lime pie to pina colada! It’s no wonder why Aegir appears as one of the highest rated craft breweries in the Cape on Untapped, though their taproom is a bit out of the way, it is well worth the trip in your car hire Cape Town rental.

•Woodstock Brewery: Situated in the heart of the vibrant suburb of the same name, Woodstock Brewery is considered one of the best craft beers in the country, with informative and exciting tours and tastings available, their name should be ringing bells. This is a great spot for those beer-lovers wanting to learn more about the brewing process and the science and skill behind the widely-loved bevy. When you’re there we would recommend giving their fun fruit loops IPA a go, it’s like nothing else on the market! •Cape Brewing Co.: Known as CBC among Cape locals, the Cape Brewing Company produced beers crafter by award-winning brewmaster, Wolfgang Koedel. This brewery uses the finest ingredients from the Paarl mountain, situated at the famed Spice Route in Paarl, a visit to CBC will be the cherry on top of your car hire Cape Town experience. The Spice Route, home to the widely-loved brewery, makes for the perfect day trip where you can partake in a fabulous tasting and have a variety of restaurants, cafes, delis and even a chocolatier to explore immediately after. Maybe you’re not in the mood for a tour or a tasting, or perhaps you just want to try the best of the best without all the fuss of having to drive around in your car hire Cape Town rental and try 101 beers yourself – this list has got you covered! Below you’ll find a list of some of the best beers on the market in South Africa, there’s something for everyone! Form Indian Pale Ales to lagers, weiss to dunkel, ciders to fruity ales – you’re bound to love at least two or three: For the love of Cider:

Taste Like A Pro: Beer Tasting Tips and Tricks

Most seasoned beer drinkers wouldn’t think twice about the ‘process’ of beer tasting – but there’s more to it that one would think. To get the most out of the experience, especially when encountering gorgeous craft beers like those available in the Cape, there are a few important things to keep in mind. Even if you’re not a pro, you can seem like one on your next car hire Cape Town beer-tasting trip by following just a few of these tips and tricks:

•Start with a clean, dry glass: this might seem obvious because you don’t want to be mixing your bevys with a previous taster or even water as it might tamper with the flavour profile of your ale. Most esteemed breweries and beer houses already do this, however if you’re partaking in an at-home beer tasting, clean and dry glasses are a must.

•Temperature: You wouldn’t think this is as important as it is but the temperature of both your beer and your glass will have an impact on the tasting experience. Some breweries or beer houses prefer to use frosted glasses (where a glass is kept in a fridge or freezer to keep it cold) while others use room temperatures glasses. Professionals would argue that using a glass that’s the same temperature as the brew is best because the glass won’t alter the liquid as it is poured.

−Appearance: We as human are visual creatures, our sight strongly influences our subsequent opinions or judgements of things – and beer is no exception. Pay attention to the colour and degree of carbonation, pale and hazy beers are destined to have different flavour profiles and defining characteristics to golden or dark beers. The head of a beer (the foam that sits on top) can also be indicative of the kind of beer.

−Aroma: Our sense of smell can often be even more sensitive than our sense of taste. In any good tasting, the beer hits the nose before it hits the mouth. The scent of a brew can be entirely different to the taste, take note of the details: is it fruity and zesty or rich and heavy? What are the specifics you can identify, pine, caramel, chamomile or lemon?

−Flavour: Often the characteristic focused on the most and deemed most important, but is it really? Flavours can be sweet, salty, sour or bitter, however the flavours present in beer go well beyond these categories. When tasting recognise the alcohol percentage, this can add to a ‘spicy’ flavour in a brew.

−Mouth-Feel: Because beer is mostly carbonated and almost always served at lower than room temperature, the mouth feel will most likely be overpowered by a cold sensation and the prickly feel of bubbles. However, there is more to a humble brew than being cold and fizzy. Note whether the beer feels thick or thin, creamy or light? Beers can often have alkaline or metallic mouth-feels too, all of which affects one’s overall perception of a brew.

−Aftertaste: Flavour and Aroma combine after swallowing to create a lasting experience in the mouth of a beer taster. Aftertastes can often be distinctly different from the initial taste of a beer, creating a longer-lasting and entirely different experience. The aftertaste is important because it is often what tasters remember a brew by. Aftertastes can be sweet, oily, spicy, bitter or even soapy.

Exploring the wondrous world of craft beer brewing in Cape Town is the perfect addition to any car hire Cape Town adventure. Of course, it is important to remember the importance of having a designated driver when engaging in alcohol-related activities, however tastings can often be safe and enjoyable when combined with a hearty meal like those at any of the beer houses or breweries recommended above! AroundAboutCars is your go-to for any car hire Cape Town needs, with our curated guides on experiencing the Cape Winelands, the craft beer scene or even the many road trips available to elevate your car hire Cape Town experience, we have you covered!