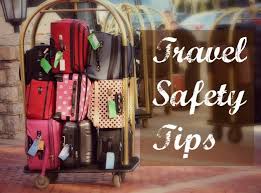 Hello from sunny South Africa,
We have put together some safety tips for driving whilst in South Africa. We hope that they will come in handy.
If you intend hiring a car, be sure to give us a call. We shall do our best to give you the best advice

Even though South Africa extended its’ public transportation due to the FIFA world cup in 2010, it is still better to rent a car in order to be able to explore the country. Here are some traffic rules you should abide by when driving here.

First and foremost South Africans drive on the left hand side . Whilst you might be nervous, it is very easy to get used to the idea. If you feel anxious, rather choose an automatic whilst getting familiar with the new rules.

Drink-drive limit is 0,5 ml and you do not want to spend the night in jail. Law enforcement is getting stricter especially regarding reckless and drunk drivers.
You have to use your seatbelt, no matter where in the car you sit.

Cellphones
Only hands free cell phone devices are allowed . If you are caught violating this rule you will have  to pay a fines and you will have to hand in your cellphone which you can collect only 24 hours later.

At a four way junction, you will find stop signs at all four intersections. It is the principal of the first one in, is the first to leave. It may sound chaotic but when holding eye-contact and giving signs this works out very well.

In traffic circles you have to drive in clockwise direction and the cars already in the roundabout have the right of way. You always give way to the right.

Pedestrians have right of way always.

We would advise you to stick to those speed limits. Speed cameras are everywhere and you will pay the fine!

Slower traffic often moves over to the left into the yellow emergency lanes to allow faster cars to overtake. This is perfectly normal in SA. A quick flash of your hazard lights means thank you!

The roads in the Western Cape and Gauteng as well as all main roads such as highways are in good condition. Highways are mostly just multi-lane in and around congested areas. Most of the National Parks also have roads in a good condition which allows conventional cars to drive on them easily. In poorer or more rural areas drive very slowly to avoid animals or potholes.

Some parts of the highways (N) and country roads (R) are toll roads. Most of them are marked in maps so you can spot them easily. Charges vary depending on region and distance. In Johannesburg the etoll-system was established so you have to purchase day tickets at certain shops or supermarkets and register online. Sometimes there are ways to avoid those toll roads but most of them are in a very bad condition and it will take you much longer to reach your destination.

There are numerous petrol stations alongside the roads and in the cities, even in small towns you can find some. Most of them are 24/7 so you don’t have to worry. Only when you are driving through very lonesome areas you may take a spare can with you. Right at the service station you hand out your key to the attendant and tell him how much fuel he should fill in (you distinguish between leaded, unleaded fuel and diesel). There is no self-service patrol station. Most of the attendants ask whether they should check water and oil and they clean your front shield. That’s why you give them some rand tip for normal. You can pay cash or with card, but you mustn’t give him your card! The attendant is coming right to your car with the machine so you can pay. Sometimes the machine does not work so make sure you always have some cash with you.

In most towns or cities you will have to pay for parking. Insist on a receipt. Often there will be unofficial car guards who will watch your car. Pay only on return.

Members of the ADAC having a flat tyre can call the South African Automobile Association (AA) at the following number: 0800-010101. They provide complimentary breakdown service even for members of any European Automobile-association.

In order to be allowed to drive a car in South Africa you need to be in possession of an international driving license, which you can apply for in your municipality or a valid translation. This is just an official translation of the German driver’s license in various languages. But be aware of the fact that this document is only valid together with the original driving license. In order to rent a car you need to be 18 or older and be in possession of your license for a minimum of 2 years.

Faked break downs and accidents: In far off areas thieves often try their luck while pretending to have an accident, so do not stop in order to help, you may get robbed. A safer way to help is just to keep on driving and call the police from a little further down the road.

Fake Policemen: Unfortunately in some cases thieves act as policemen and try to rob you while faking a traffic check. If you do not really trust the policemen in front of you, you have the right to drive to the closest police-station in order to do the check there.

Hitch-hikers: There are a lot of people standing beside the road in order to get a lift, sometimes even offering 10 or 20 Rand but you should not let them get into your car for reasons of safety.

Animals: Sometimes you may see signs alongside the road which warn you for various wild animals. You should be precautious and let animals pass.

Bakkies: A pick-up is called a bakkie in South-Africa and it is more than usual that there are many people on the loading area which is very crowded for normal.