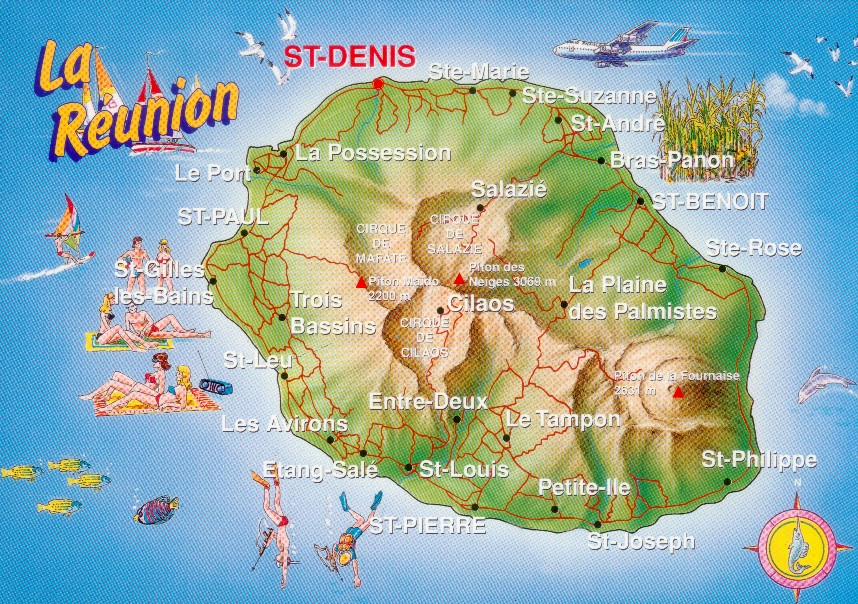 Somewhere in the Indian Ocean, there is a piece of land… an island to be more precise with a 2 503, 72 km ² surface, between Madagascar and Mauritius. This island is called Reunion Island.

Let’s discover more in details about this island:

–          The island was discovered by Arabian during the XVI century

–          1848: the name of the island is “Reunion” after years of struggling between the French Empire and the Reunionese colony during the 1789 Revolution. There used to be many slaves from Madagascar and Africa (Senegal, Guinea and Mozambique) who worked for the colonists.

–          are blend of European, African, Indian, Chinese and insular traditions

–          In Reunion Island there are many religions because of the blending population. So, there are Roman Catholic, Islam, Hindu, and Buddhism. All the inhabitants live with tolerance and respect for each other’s. Like Michael Jackson said: “No matter if you’re Black or White”

–          Reunion Island also has its own endemics species that you can’t found anywhere else.