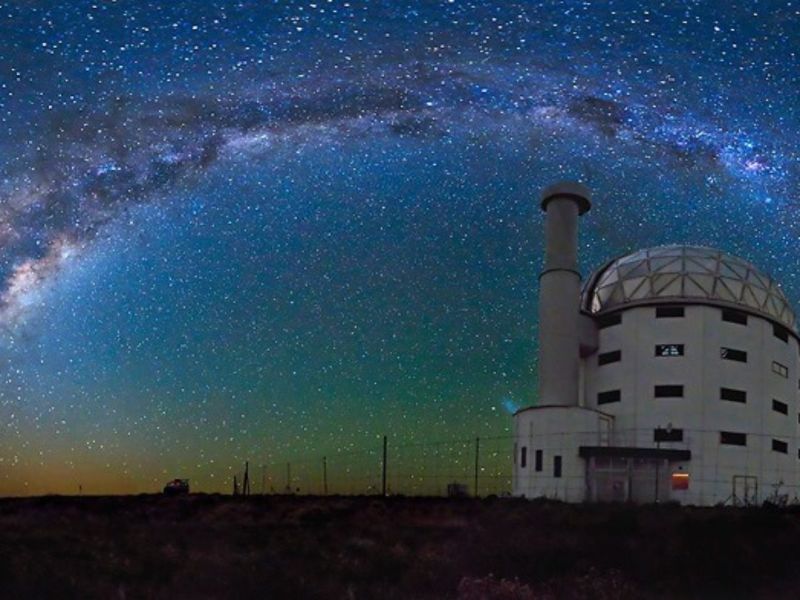 Johannesburg is flashy, lively, exciting, offers cultural highlights, modern art, historical background knowledge, diverse shopping opportunities and sporting activities, a comprehensive selection of hip bars, vegan cafes, and chic restaurants. Hardly anything that the capital of the South African province of Gauteng does not have in store for its residents and visitors. One thing, however, cannot be experienced in metropolises like the City of Gold in the same way as in the countryside: a starry sky unaffected by artificial lights. Fortunately, however, South Africa is big and offers that too, and luckily, with your car hire Johannesburg you have the opportunity to go exactly where a night sky awaits you, as you will rarely find it otherwise. 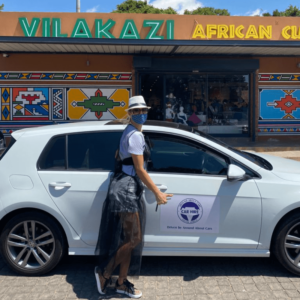 From lantern lights to celestial bodies

A long drive in a comfortable car hire Johannesburg vehicle through the exciting and diverse landscape of South Africa is in itself a once-in-a-lifetime adventure with incomparable views and unforgettable moments.

You are about to cover a good 1,100 kilometers on your way from Jozi to Sutherland, leaving around a million residents behind you in order to mingle with just under 3,000. And countless stars … You have two options for covering the route, and halfway through, one city awaits you in which you can not only relax for a night, but which offers you an array of other interesting must-sees in its very own way. So maybe you should think about even extending the stay for one more night! 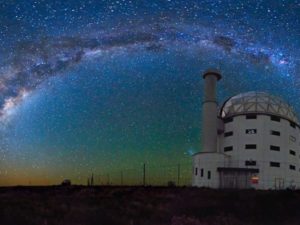 One choice is driving your car hire Johannesburg car to Kimberley, the capital of the Northern Cape, the largest province in the entire country. It borders on Botswana, Namibia and the Atlantic Ocean, has landscape formations such as deserts and bush areas ready for you, enchanted places and attractive small towns, but above all, it scores with one thing: a fantastic starry sky thanks to the low air pollution and only a few artificial lights, the private enthusiast attracts as much as scientists. 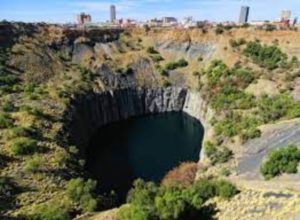 Besides Upington, Kimberley is the only city in the Northern Cape with a population of more than 50,000. It owes its fame less to the twinkling luminaries in the sky than to the sparkling stone, which was found here in 1867 and triggered a true diamond rush. Over 300,000 lucky seekers made their way to Colesberg Koppie and the surrounding area. Due to the rapid removal of the mound of earth, of which everyone wanted to claim their part for themselves, the largest human-made hole in the world to date was created within a short time. A visit to this “Big Hole” should definitely be on your schedule, in the adjoining museum building you can find out everything you need to know about the time when the “girls’ best friends” were the one and all for so many people.

Instead of Kimberley, you can also stop in the Free State province and make a stop in its capital, Bloemfontein. In addition to its charming architecture, numerous museums, a zoo and a casino, the only Dutch Reformed church with two towers in the entire country, the only botanical garden in the Free State, art markets and idyllic picnic areas, the city is particularly well known for three things: 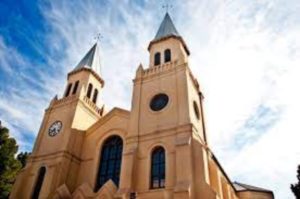 Speaking of the planetarium: the time has come! We are approaching Sutherland and with it the place where, in addition to a small church and a country hotel, the second largest telescope in the world and the largest astronomical observatory in the southern hemisphere can be found.

Don’t worry, you may be driving your car hire Johannesburg rental car into one of the loneliest areas in the entire country – but nothing will happen to you. Apart from the fact that you might develop into a passionate amateur astronomer …

Founded 160 years ago in the middle of the wasteland of the Little Karoo on a plateau of 1760 meters, an observatory with the Southern African Large Telescope, SALT, and an affiliated scientific institute for astronomers from all over the world is located here in one of the darkest places around the world. 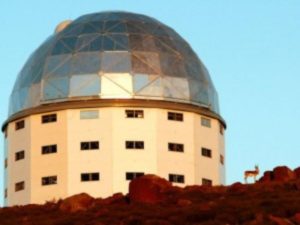 The plant itself will celebrate its 50th anniversary in 2022. Since the foundation stone was first laid, numerous other nations have used the favorable conditions in the Karoo to set up their own telescopes – only the Peruvian and Chilean Andes are similarly popular with scientists from all over the world.

In the observatory in the Karoo you will find a total of eleven independently operating telescopes, which you can see from a distance through the windshield of your car hire Johannesburg. In addition to five South African and five other national telescopes, the famous SALT is a joint facility of Germany, India, New Zealand, USA, UK, Poland and South Africa.

People have been able to visit the most powerful optical telescope since it was completed in 2005, it itself could measure candlelight on the moon. All telescopes are controlled automatically and used to find answers to inquiries about celestial phenomena from all over the world. However, if you have a burning question on your mind, think twice about how important it is to you. Not only do you have to wait for months to receive a result, but you also have to hand quite a bit of cash over the counter in order to receive your answers.

A visit to the observatory is much cheaper – but only possible at selected times, so registration is essential. The tours take place both during the day and at night and give you fantastic insights into the world of the stars.

Without stray light and with an almost always cloudless sky, Sutherland unfortunately holds another record in addition to an unbelievable starry sky, you and your car hire Johannesburg vehicle have stopped in the coldest place in the whole of South Africa. And there is one more reason why you shouldn’t pitch your tent here under the stars forever, you can only turn on the lights at a very low level in the dark and always have to keep your curtains closed.

So, after this incredible journey of discovery, your car hire Johannesburg adventure continues. We still have one more view of space for you before we land back on the ground of facts – or that of the earth…an observatory only a few months old, ready for exploring foreign galaxies.

After long years of waiting, the time had finally come: In February 2021, the Square Kilometer Array Observatory – or also: the SKAO – was opened in the heart of the Northern Cape. As you can see, this time you won’t be on the road for too long until you stop again in your car hire Johannesburg for your next incredible sightseeing. The future epoch of radio astronomy is said to have started with the completion of the SKA observatory.

The headquarters of the second intergovernmental organization for radio astronomy is in Great Britain, the extensive telescope network includes another station in Australia. Fundamental knowledge of the universe is to be gained with the help of a total of 197 parabolic mirrors, each with a diameter of 15 meters, and distant galaxies to be explored. 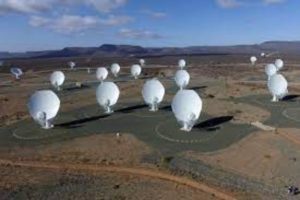 The above-average dry and clear air in the Northern Cape Province not only creates ideal conditions for professional astronomers and astronauts. It also means that some of the Northern Cape National Parks bring you not only exciting wildlife viewing and diverse landscape formations, but also bright night-time starry skies.

It is wrongly ignored by many tourists in the truest sense of the word on their safari tour through beautiful South Africa. Because the Tankwa Karoo National Park between the Western and the Northern Cape may be one of the particularly dry areas of the Karoo with an annual rainfall of only around 80 millimeters on average, but shows nevertheless its most beautiful side in the South African spring with flowering shrubs and flowers Splendor.

Ornithologists will also get their money’s worth here with the numerous bird species, and we have already mentioned the extraordinary starry sky. Used as pastureland until 1986, the 137,000-hectare park is still unspoilt – here, you find peacefulness and tranquility. If you are looking for wildlife observation, you are out of place here, but the landscape of the region scores with the sparse but imposing Roggeveld Mountains, the adjacent protected area of ​​the Cederberg Mountains and the Rhenoster River flowing through the park.

If you’re in the mood for an adventure in your car hire Johannesburg rental car, you’ve come to the right place! Because it will be exciting to find the right turn-off without signs; whatever food you haven’t packed in Sutherland, 140 kilometers away, you will have to do without during your leisurely drive over the gravel roads of the Tankwa Karoo National Park – and also, do not expect a functioning cellular network. However, friendly and competent rangers are always on hand to provide advice and assistance.

Luckily you enjoy driving and have fun with your car hire Johannesburg. Because in the Kgalagadi Transfrontier National Park you will be covering long distances, regardless of the direction you take. You can traverse almost twice the area of ​​the Kruger National Park, which is itself incredibly large, in search of wild animals – although here too the flora takes precedence of the fauna. The original vegetation shows a mixture of red sand dunes, dense bushes, dry savannas and even drier river beds as well as a few isolated trees here and there. 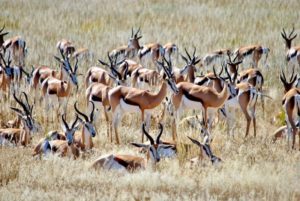 Gemsbok and Co. quench their thirst at the few waterholes, and speaking of gemsbok: Today’s Kgalagadi Transfrontier Park extends across the border to Botswana, since a few years ago the South African Kalahari Gemsbok National Park was merged with the former Botswana Gemsbok National Park. The area has been inhabited since the Stone Age and you can still find evidence of the historical Khomani cultural landscape, which has been listed as a UNESCO World Heritage Site since 2017.

There are no border controls within the park, but you will have to go back through the same gate that you entered. Otherwise, it is essential to ask your car hire Johannesburg company Around About Cars for the required pass for yourself and the car in advance.

Fortunately, for you as a South African holidaymaker, this does not mean that you have to end your dream or the dream journey through this most beautiful country at the southern end of the continent. On the contrary: you are now so close to Cape Town that it is worth setting off from the glittering stars to a glittering metropolis again. But more about that in one of our following blogs …! 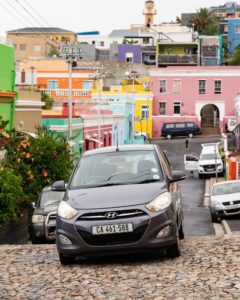