Deciding on a car hire Johannesburg does not mean you would have to stay in the city. With a car from Around About Cars you are flexible and able to get everywhere you like. In other words, make use of your car hire Johannesburg and set out for a safari! South Africa’s wildlife is world known, and you find plenty of game parks in Gauteng and surrounding areas.

If you decide on a day trip or if you are looking to spend one or two nights in a nature reserve, you will get the chance to encounter a wide range of plants and animals, and with a bit of luck you can even spot some of the rarer species from a close distance. And on top of it all, you will not have to worry about any mosquitoes coming near you, the game parks around Johannesburg are all malaria-free areas. So, spot the big, little and hopefully some of the shy five and don’t worry about medication or treatments. 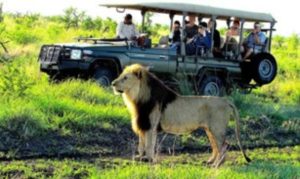 You do enjoy Jozi’s bustling city life and are in two minds if a game reserve really does it for you? In this case, start with a day trip to the Dinokeng Game Reserve just north of Pretoria. Not more than 60 minutes in your car hire Johannesburg vehicle, and you will have arrived at the one and only safari park in Gauteng in which the Big Five are all free roaming. In addition to the lion, elephant, buffalo, rhino and leopard you can drive past cheetahs, giraffes and hyenas. Try a different perspective on the wild animals and take pictures of them during a hot-air balloon ride or a microlight flight. 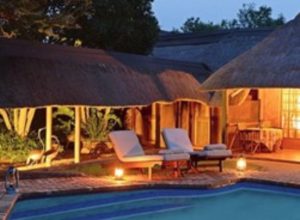 If you are looking for far more than the usual game drives, Mabula Game Reserve is the park you should visit. After driving there for just under three hours and after driving past elephants and cheetahs, honey badgers and elands, lions, red hartebeest and many more wild animals during your safari trip, after spotting rare bird species such as falcons or lilac-breasted rollers, make use of anything else which the reserve in the Waterberg area of Limpopo has to offer. Enjoy quad bike tours, guided night trips or sunrise balloon rides, indulge in a romantic picnic at the dam or a spa treatment like a massage, walk through the bushvelds or ride on the back of a horse, play some tennis or watch one of the crocodile feeding demonstrations. 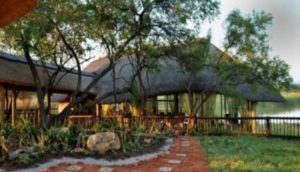 The Pilanesberg Game Reserve enjoys national popularity for its high diversity of flora and fauna and for, due to its own statement, the most South African native animal species in any of the numerous safari parks in the country. It takes you about three hours to get there – thanks to your comfortable car hire Johannesburg the trip itself will be highly enjoyable, and thanks to the different landscapes of the arid Kalahari and the lush Lowveld it will be offering most stunning views. Close by you find the Sun City holiday resort with its well-known casino and vast variety of attractions and activities such as golfing or water sports. 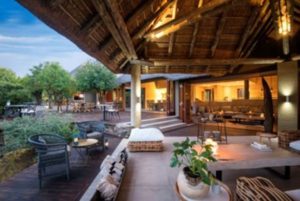 Finally, and a bit further away lies Madikwe – it takes you about 3,5 hours in your car hire Johannesburg to get to not only one of the most luxurious game parks in South Africa, but also one of the few where you can actually encounter all of the Big Five – when you are lucky. On top of it you can look out for the famous African wild dog or count how many of the 300 different bird species you spot. The park is not open for day tourists but to make use of all the possible activities, you should stay for at least one night in any case. Choose from eco-camps to the most affluent safari lodges and enjoy next to game drives some fishing, wellness treatments or learn all about necessary ranger skills.

And there are many more – if you wanted to visit them all, you would need to ask for a long-term car hire Johannesburg. Private reserves that border the Kruger National Park are as popular Big Five hotspots as the Kruger itself or the exceptional Sabi Sands Roivate Game reserve with a considerably large number of the otherwise rarely spotted leopards.

Why the Big Five?

So, with a bit of luck you saw all of the famous Big Five, most likely, you will have driven past elephants, rhinoceroses and buffalos at least. But where lie the origins of the popular term, who decided on a rhino but not a hippo, on an elephant but not a giraffe, on a lion but not a zebra to represent South Africa? 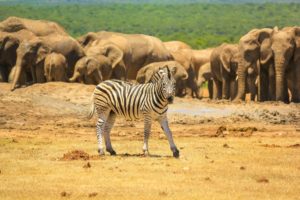 The answer is neither exciting nor breath taking – the label simply derives from the difficulty of hunting those animals down. According to chasers, compared to other large mammals, they were especially hard to shoot and particularly frightful when cornered or wounded. By time, clever marketing has made the phrase so popular that it is associated with South Africa in the same way as the country’s new wonder of nature, Table Mountain. And even if you paid with a credit card for your car hire Johannesburg, you will probably have noticed that each one of the Big Five features a different denomination of the South African banknotes, reason enough to take a closer look at the lion, elephant and co.

Around for more than five million years

You find the forest and the bush African elephant, but you might not notice the difference. Despite slightly differing in the shape, size and colour of their ears, tusks, and skulls, for amateurs, the species look alike. The bulls of the largest terrestrial animals can weight up to 10,000 kilograms, have around 50,000 different muscles in their trunks alone, and have been hunted for their long curved ivory tusks for centuries. As peaceful they might look from the far distance, the aggressive they can get: Make sure to not drive too close up with your car hire Johannesburg – it doesn’t take them much effort to turn your vehicle upside down.

The rhinoceros is also heavy, also herbivore, and also showing two teeth – in this case, two upright horns, smaller in their size but reason enough for being hunted too. The black rhino is on the list of critically endangered animals, the white counterpart classified as near threatened. The up to five-centimeter-thick protective skin is difficult to puncture, and don’t get mislead by their looks: If they have to, rhinos can speed up to 55 kilometres per hour. 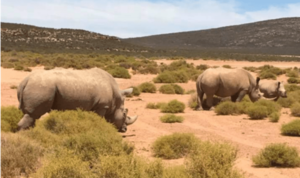 Also referred to as African buffalo, the horned bovid is regarded as one of the most dangerous mammals to hunters – once injured, they won’t try and hide but will ambush and attack their pursuers. Preferring habitats with dense cover, Cape buffalos can also survive in open woodlands – as long as they find enough water to drink. So, head for the game park’s waterholes in order to boost your chances of spotting them from a close distance. 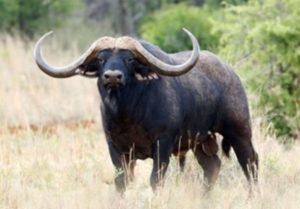 Most difficult to spot

In contrary to the charging buffalo, the African leopard shows a secretive nature, is wary of humans and, in the face of danger, seeking the next possible shelter. The pretty animal with its soft fur ranging from a pale yellow to a golden colour with dark spots arranged in rosettes lives solitary and hunts mainly at night. You find them in African savanna grasslands as well as in bushvelds or forested areas.

Quenching their thirst by chewing plants

Lions are known for being great hunters, and they must be as they can eat 40 kilograms of meat in one single meal. Whilst the felines show a short, tawny coat, the male’s heavy mane around their necks and shoulders gets darker the older they become. Lions do neither mind storms nor noise, but you will be able to catch sight of them by looking out of the windows of your car hire Johannesburg vehicle during a sunny and windless day too. 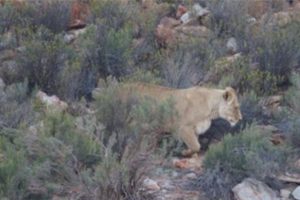 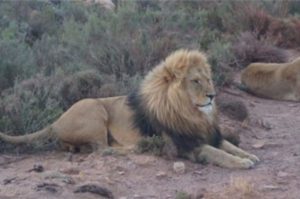 And all the others?

It is well worth paying attention to the other amazing animal sights the country spoils you with. Let’s start off with two creatures of the sea – both also associated with South Africa by many, and by some advertising specialist added to the group of the Big Five. So, who would be the Big Seven?

Steven Spielberg’s movie “Jaws” did not do the Great White any favours, but at least there is a “Shark Awareness Day” every year on July 14 – as not only cage-diving operators but also shark spotters have reported a sharp decline of the great white sightings around Gaansbaai and in the waters of False Bay. While South Africa’s western coastline counted up to 205 sharks in average each year, they haven’t seen any in 2019, and only a few seem to have returned last year. 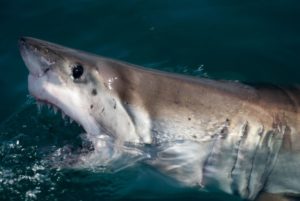 Individual sharks can reach a body length of just over six metres, live for around 70 years and are able to get to depths of 1,200 metres below the water surface. There are no other known natural predators to the great white shark other than the killer whale Orca…

Worth a trip to Hermanus

Hermanus is not around the corner from Jozi, but you can still drive there in your car hire Johannesburg vehicle, and it will pay off. Hermanus is known as the best whale spotting village in the whole of the country. Each September, the Southern Right Whales arrive here, getting all the way from the far Southern Ocean to the slightly warmer waters of the False Bay in order to give birth to their calves. And in order to put you in the position of enjoying their spectacular size and behaviour from a close distance: They definitely will impress you with their breaching, fluking, spy-hopping and lob-tailing! 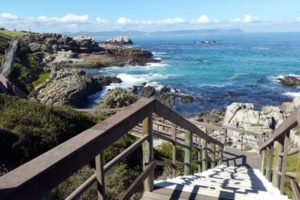 In season, the estimated population around Hermanus alone is specified with a good 12,000 of these sea giants with the callosities on their heads and not one tooth in their mouth – but more than 400 baleen plates instead. The average whale consumes two tons of mainly krill each day.

Let’s stay with the number 5 – and look at the little ones. To be more precise, the real little ones – chosen by some conservationists in contradiction of the Big Five’s size. So, note their names, and watch out for them as it might take you some effort to spot them – despite all those species living in the South African wilderness too, and none of them being endangered.

Who decides on beauty? It surely lies in the eye of the beholder. But we have had the Big Five, the Small Five, so someone thought about naming South Africa’s Ugly Five. They are relatively common throughout the country and still regarded as underdogs. You will see them every now and then while driving around in Gauteng and the Eastern Cape with your car hire Johannesburg vehicle, and we will just name them to you as you might more than likely be familiar with those species: It is the hyena and the wildebeest, the vulture, the warthog and the marabou stork. Watch out for them, they are actually beautiful to look at! 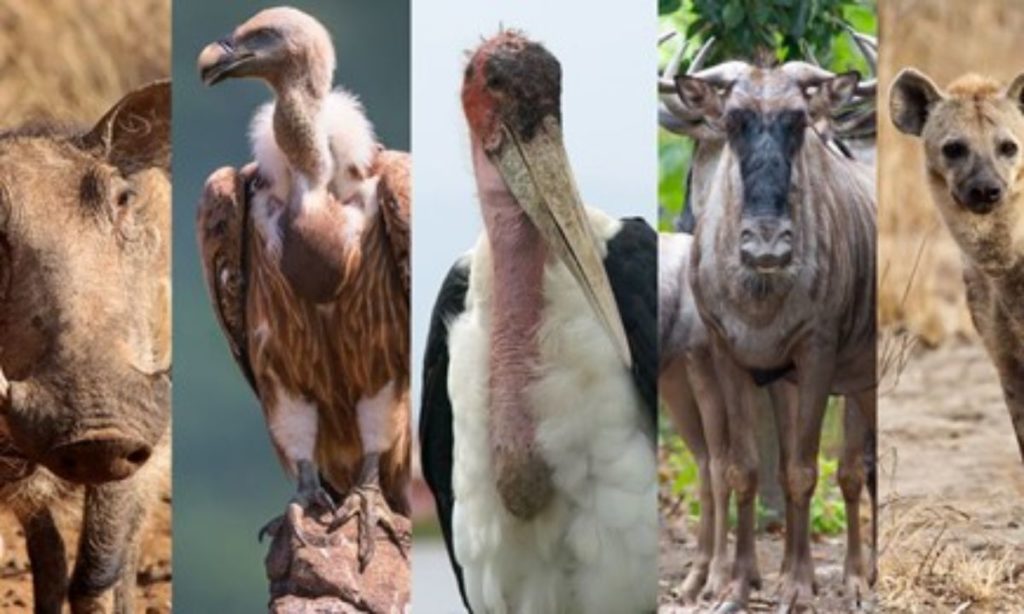 We will leave it at that for today. Still – you might hear the terms of the Shy Five and the Impossible Five too, which refer to lesser-known and some very rare and tricky to find species. Maybe you can think of another five South African animals forming a group? Let the marketing people know!