Don’t worry, we’re not referring to you having to return to your car hire Johannesburg to the collection point of your vehicle or even driving from the city of gold to get to Around About Cars in Cape Town. Rather, on July 18th, we suggest you use your comfortable rental car to do something good for 67 minutes on the freedom fighter’s birthday – and thus, like so many other volunteers around the world, to remember the work of the statesman who South Africans fondly call “Madiba”. 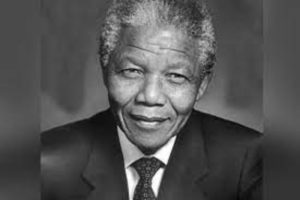 What exactly is Mandela Day?

It has passed its tenth birthday already: This year marks the eleventh anniversary of the International Nelson Mandela Remembrance Day, which resonates far beyond the borders of South Africa and brings people of all ages, genders and cultures closer to one another by volunteering for a good cause. Nelson Mandela’s birthday on July 18th was chosen as the date of action, the day itself declared by the General Assembly of the United Nations.

Whatever activities are undertaken, they all focus on a peaceful coexistence of all humans and the support for the disadvantaged, from cooking meals to repairing children’s toys or handing out clothing or everyday objects to those who need them most. Planting trees and rescuing or caring for injured or abandoned animals are also on the agenda. Whatever it is, for slightly more than an hour, everyone puts their individual skills at the service of the general public.

67 minutes: that is the distance from Jozi to Rustenburg at a brisk pace or driving between the provincial capital of Gauteng and the administrative capital of the country, Pretoria, in a far more relaxed way in your car hire Johannesburg vehicle.

67 minutes, in addition, can also be calculated differently, if only one percent of the entire world population did a good deed for the announced time, then with seventy million people, that would add to a total of 4,690,000,000 minutes. Not bad, right? 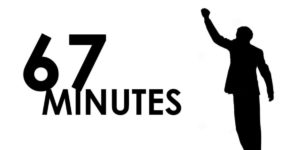 67 minutes: if you ask yourself how they came about, a look at Nelson Mandela’s life and work will help. By 2009, when the decision was made to celebrate this international remembrance day, he was said to have dedicated 67 years of his life to freedom and togetherness – from the young age of 24. It is not publicly known who chose this exact year in the end. What is certain, however, is the significant impact the first South African president has left around the globe, a man who is mentioned by many in the same breath as Martin Luther King and Mahatma Gandhi.

If you wish to take part in Mandela Day, there are a number of options you can choose from. Due to the pandemic, campaigns will partly be carried out online. But there are enough meeting places across the province of Gauteng that you can easily reach thanks to your car hire Johannesburg.

Even though Mandela Day takes place on the same day every year, it always has a different motto. But you won’t have to take the 2021 ‘One Hand Can Feed Another’ literally: “feed” does not only refer to food but rather to be giving without expecting something in return. So, find some of the opportunities below:

Help the organization “Kindness Like Confetti” and become one of 50 volunteers who sew and knit teddies, dolls and toys for children that are currently being treated at the Johannesburg’s Nelson Mandela Children’s Hospital. Drive your car hire Johannesburg vehicle there on July 18th and get involved in the handover!

Another activity for children on the program is at “Kids Haven”. And it’s about playing together! In the middle of the pulsating metropolis, you can concentrate on your next move in chess or another board game and together with another 19 fellow combatants put a smile on your young partner’s face. But behave yourself: Don’t get angry when losing at Ludo, and do not throw the meeples around!

You have a green thumb? So, show it! Drive your car hire Johannesburg vehicle to the Hlayisanani Daycare Centre and help the volunteers from ‘Rays of Hope’ with the redesign and replanting of their vegetable garden. The little ones are already looking forward to finally being able to enjoy their own cucumbers and tomatoes!

Unfortunately, your holiday comes to an end? And even worse, you bought so many souvenirs that your suitcase is bursting at the seams? Then load excess items into your car hire Johannesburg vehicle instead and donate the used goods! Whether it’s a thick woolen sweater, a pair of worn-out shoes or the kettle that you bought for your camping weekend, people in need are happy about everything.

Not only people, but animals also too need your affection. Walk a dog from the nearest Animal Shelter for 67 minutes, help clean the bird cages or feed the cats. Donations in kind such as blankets and co. are also welcome at the different shelters. 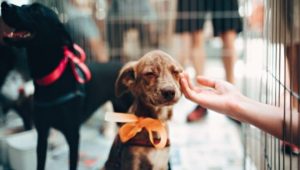 You would rather not get actively involved, are coaching, marketing, and teamwork not your favourites? Then of course you can also make a financial donation – how about 670 ZAR? You can usually find the bank details of the charity of your choice on the respective internet portal. Or you can think ahead, buy a piggy bank and regularly fill it with some coins back at home. Whenever you spend your next vacation with a car hire Johannesburg in South Africa, simply bring the amount with you. However, it is best to exchange the change for notes beforehand …

Have I piqued your interest? Then click for more detailed information on

https://www.forgood.co.za/campaigns/mandela-day-2021-online or inquire on site at your car hire Johannesburg company for further possibilities to do good for 67 minutes.

If you would like to learn more about the life and work of Nelson Mandela, simply drive around a little with your car hire Johannesburg rental car. By doing so, you kill three birds with one stone: you explore the most beautiful and unique South Africa, enjoy the flexibility and comfort of your vehicle and, as you learn more about Madiba, you also learn something about the history of the country, which was closely linked to his life.

Nelson Mandela fought for a democratic South Africa all his life. In the name of equality and justice, the freedom fighter, born in 1918 in a small South African village in the Eastern Cape, suffered a lot but in the end, he received a lot of respect and affection. His political commitment first became apparent in the 1940s, when he joined protests against apartheid during his law studies.

In the years that followed, there were repeated arrests, but together with an acquaintance Mandela managed to open the country’s first non-white law firm in 1952. Ten years later the time had come, from then on he was to spend a total of 27 years in captivity. If you are interested in his former cell and would like to see the quarry which he and other inmates removed lime from, drive your car hire Johannesburg vehicle to Cape Town and take a ferry to Robben Island. In a guided tour you will learn everything about the past, and at the same time you can experience the untouched nature of the former prison island. 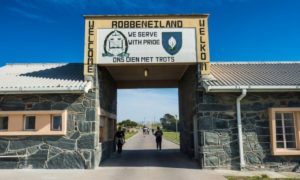 Back to Nelson Mandela, after his release in 1990, he was celebrated as a national hero, and he was recognized far beyond the borders of the country. A year later he was elected president of the political party ANC – African National Congress – and in 1994 that of South Africa. After five years he ended his political career, at that time the holder of a certificate for the Nobel Peace Prize. Although Mandela has since passed away at the age of 95, he remains the role model for a mixed cultural society that lives in harmony with one another.

You only have to take a short hop with your car hire Johannesburg in order to visit the Mandela House in Soweto, which opened in 1997. By entering the former home of the freedom fighter, you get an insight into his living circumstances during his years in Soweto. Original furniture is exhibited as well as pictures or souvenirs. In the adjoining visitor center, the museum staff will be happy to answer any further questions you may have about Mandela’s time there from 1946 to 1962. Right after his release, Mandela spent another eleven days in his old house but finally moved to the Johannesburg district of Houghton Estate. 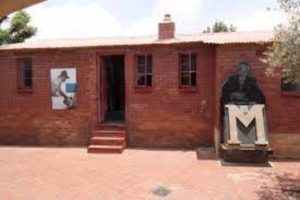 You can find the single-story red brick building from 1945 in Orlando West on Vilakazi Street. And don’t get scared: deliberately, bullet holes and burn marks have not been removed as they are intended to serve as a reminder of the battles between the white minority government and the suppressed black population.

Mandela in the Eastern Cape

Not to be confused with the aforementioned is the Nelson Mandela Museum in the Eastern Cape, which opened on the tenth anniversary of Mandela’s release from prison in 2000 in the presence of the celebrated himself.

In addition to the exhibition building in Mvezo, Mandela’s birthplace, the museum section in nearby Qunu sheds a bright light on the later statesman’s childhood and youth. Located in the middle of the former Transkei, you will find a permanent presentation in the Youth and Heritage Center there as well as changing exhibits or information about his former school. 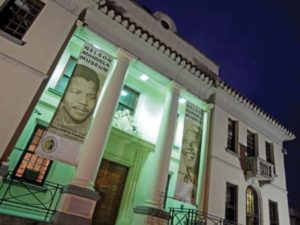 For the largest of all three branches, you have to drive your car hire Johannesburg vehicle to Mthatha and park in front of the Bhunya Building. In the former parliament building you will find, among other things, a display of numerous gifts that Nelson Mandela received in the course of his political career.

Speaking of driving, none of those three museums are just around the corner like Mandela’s house in Soweto. You are about to spend some good 900 kilometres in your car hire Johannesburg rental car to get from the financial metropolis to Mthatha. But the route is scenic and offers a perfect opportunity to stop in Pietermaritzburg nearly halfway. The charming little town in the heart of KwaZulu-Natal was founded by the Voortrekker pioneers in 1837 and reveals itself in its floral splendor especially in the South African spring.

Over time, it was the British who gave Pietermaritzburg its mark, numerous buildings in Victorian and Edwardian architectural styles are still reminiscent of the time. Take your car hire Johannesburg and visit the Garden of Remembrance, which commemorates the fallen soldiers of the two world wars, but above all scores with a unique view of the city and its rural surroundings.

A stroll through the city center with its diverse historical buildings, monuments and museums is also worthwhile. Take a peek inside the Town Hall, get a ticket for the Comrades Marathon House Museum, or shop for traditional handicrafts at the African Arts and Craft Center on the bustling and popular Church Street.

The train station with its old bricks and cast-iron fittings is not just a welcome photo opportunity but a place of history too: It was here that in 1893 the Indian freedom fighter Mahatma Gandhi had to leave the train because of his political views.

Finally, look for one of the many excellent restaurants and end the evening with a local speciality and a fine South African wine, spend the night in one of the equally beautiful and country inns and resume your travel the next day. Continue to follow in the footsteps of man who will remembered around the world on July 18th by volunteering for 67 minutes: Nelson Rolihlahla Mandela.