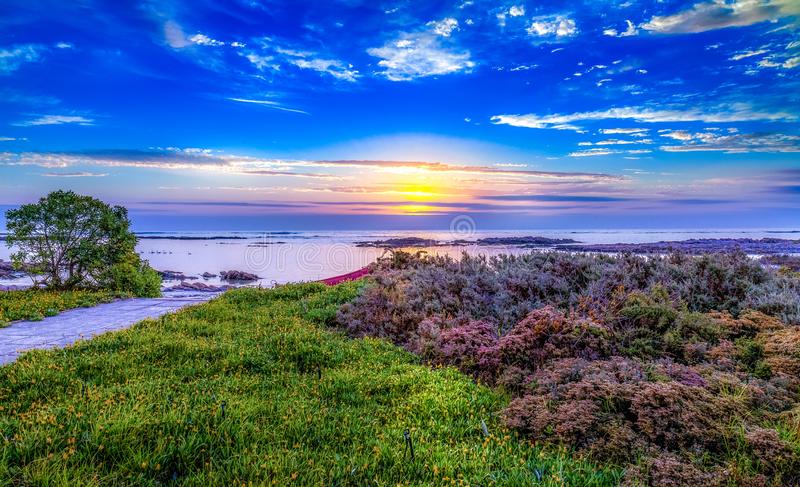 True: More and more couples from overseas decide to break with the traditional wedding procedures in their respective countries – whatever they might be – leaving friends and family behind and rather choose one of the most beautiful places on earth as a setting for saying Yes. In South Africa, they can have a romantic wedding as you might only experience it in Hollywood movies otherwise, or an adventurous one by swearing themselves eternal love during a skydive with a priest awaiting them in the landing zone. In this case, and if you are one of them, you might have organized not only your car hire Cape Town by booking the most suitable transport – like a fancy limousine at least for the big day? – with Around About Cars prior to your holiday, but also taken care of getting a diamond ring for her. Other than that, the precious stones for which South Africa is so famous for might not have been first on the list of reasons to spend your annual leave here.

But maybe it should! After all, diamonds have not only had a huge influence on this country’s history but also on the world’s gemstone industry. So, leave it all behind …

Camps bay beach as it is most likely too windy anyway

your second trip to Cape Point: after all, you are not allowed to feed the baboons

… and rather steer your wheel from your car hire Cape Town up the West Coast. Destination: Port Nolloth.

Never heard about it? Then let’s close this fundamental lack of general knowledge and get some highly interesting facts about one of the very few regions in the world where diamonds are taken from the sea. And afterwards, award yourself for your bright decision that you made when you decided on a car hire Cape Town with Around About Cars and drive there to see and experience it with your own eyes.

From bravehearts to their sweethearts

I know that you possess a valid driver’s license – how else could you have contacted your car hire Cape Town and got your vehicle? But being a certified diver is something more unusual. So, if you belong to the majority, simply watch the professional divers getting the aquatic transparent gemstones up to the surface: It is exciting enough!

For even more information about diamond diving, just visit one of the lovely restaurants in Port Nolloth where you will not only be served with hearty food but also stories and legends about the fame and perdition of the diamond village. If you are brave, and if you do own a valid PADI Open Water 1 diving license, you might take it a step further and dive for your own diamond. However, in order to have it polished and framed to a wedding jewellery for your sweetheart you will have to attend a guided tour with one of the concession holders.

Joining one of them, you can dive into the deep waters, descending to the seabed, looking out for the shiny gems. The chances that you find one are high as you are about to try your luck in a specific designed and prepared area. Which is slightly different to all the professional diamond divers, who’s accomplishment turns out a bit more complicated as you will hear just now. Let’s start from the very beginning and get some information about the diamond industry in South Africa. Almost as far back as once upon a time, it all began in the formerly small and picturesque town of Kimberley, which virtually overnight evolved to a place for gold seekers, chevaliers of fortune, single men and family fathers, all trying their luck to get a share of the precious rocks that rocked the worldwide industry.

First thing you noticed? Not Port Nolloth, but the Northern Cape Province’s capital played a pivotal role in the raise and popularity of the girl’s best friends. But at the moment, it is about land mining …

In the late 1800s, it was a young boy’s discovery of a by then extremely rare transparent stone which turned out to be a 21.24 carat diamond that led to a worldwide run to the banks of the Orange River. During the years of this Great Kimberley Diamond Rush, about three tons of diamonds were removed from the area, leaving the so called “Big Hole”: With two kilometres in perimeter and 215 metres in depth, it is considered the largest man-made hole in the world, still a tourist attraction even without any gems left inside.

Excursus to an excursion: Who knows, maybe you want to extend your car hire Cape Town and have look at it once you have been to Port Nolloth!?

For about two decades, more than 90 percent of all diamonds worldwide were produced in Kimberley – today, the city’s glory passed, but South Africa continues to play a major role in the manufactory, accounting for almost three thirds of the total diamond production around the globe.

As an aside: Thanks to its produced wealth, in 1882 Kimberley became the second city in the world to incorporate electric lights on its streets – following Philadelphia in the USA.

… to the Diamond Coast

So far so good: The foundation has been laid out. We can now move to Port Nolloth – literally! As now, nothing would stop you from finally getting into your vehicle from your car hire Cape Town and to head northwards. Leaving the mother city, take the R 27 that runs parallel to the coastline, rather than the freeway further inland.

But don’t stop at too many of the worth-stopping places like the entertainment-mall Eden on the Bay with its upfront beach and waves that even challenge some of the world’s best surfers. Don’t park your transport in Langebaan to swim in the lagoon or in Mykonos in order to try your luck in the popular West Coast casino. Instead, keep your foot on the gas pedal of your car hire Cape Town 4×4, hatchback or whatever model you decided on, and only bring it to a hold once you will have reached Port Nolloth.

Driving along the region

Guess where the name comes from? The rugged Diamond Coast has attracted daredevils, adventurers, and fortune-hunters for more than a century. The region is part of the plant-rich Namaqualand and spans hundreds of kilometres from Port Nolloth all the way to the Namibian border.

Due to the mining operations, travelling was restricted up until a few years ago – so take the chance to explore this fairly new destination off the beaten track in your vehicle from your car hire Cape Town. As you will be spending some hours in your comfortable car, stay for a night in Vredendal or Rietpoort or another charming village along the north-western Atlantic seaboard. No matter where you stop – you will be taken back to a history full of legends and a presence of wild stark beauty, tranquillity and unspoiled natural wonders in the middle of the rough Atlantic coast. You have made it and arrived in the heart of South Africa’s sea diamond extraction. But even if you stop your car hire Cape Town vehicle at Port Nolloth, you find the diamond divers in almost every small village along the West Coast all the way up to Alexander Bay. No wonder, as there are still large amounts of the high-quality marine treasures deposited on the seabed, hidden between sand and gravel.

Alexandre Bay and Port Nolloth both gained fame for their valuable commodities in 1926. But it was not before the 1970s that the rush onto the precious stones started, similar to the one in Kimberley a good century before, with the years between 1980 and 2000 being the most lucrative. In each of the two places you find a local museum displaying an excellent overview of the history of the diamond sea mining as well as the flora and fauna the region has to offer.

The definition of a diamond

Asking the Oxford dictionary, you will get the description of a precious stone consisting of a clear and colourless crystalline form of pure carbon, the hardest naturally occurring substance.

I will give you a more detailed explanation. It took the transparent gems up to three billion years to materialize, and they did so about 250 kilometres below the earth’s surface. They owe their existence to a series of volcanic convulsions that erupted in the course of millions of years. Under the influence of molten magma, high pressure and even higher temperatures, the carbon crystals were brought up to the periphery, with many of the pipes running across Zimbabwe, Botswana – and South Africa.

As to the sea diamonds: Apart from an accumulation of ice-cold water, the Benguela Current drove masses of the valuable gemstones to the bottom of the ocean; the Orange River spread them from the inland Kimberley region up to Port Nolloth and along the entire Diamond Coast.

The dangers of diamond diving It all started with a few adventurers in Alexandre Bay in 1926. Despite the freezing temperatures of the ocean, long haired rugged man looking for wealth were finally lucky and discovered the first sea diamond along the Northern Cape’s Atlantic coast. But the word spread quickly, and the government stepped in, allocating concessions along the route, preventing further private diving attempts. So, it was not before 1969 that finally the first pumping gravel started its performance, still operating today.

The deep-water operations for the marine diamond mining require dedicated mining vessels, a pinnacle of technological development, complex electronic navigation – and of course still all the many adventurous divers who give everything they can to find some diamonds in the waters whilst facing sharks, injuries and the possibility of getting back from an hourly-long dive without anything valuable – and no salary.

I have created a list for you, what you would need to try your luck:

And that is how they do it:

The operators take their vessels to diamond looking areas

The divers get up into 30 metres deep waters, for several hours

Once having turned the nozzle, they turn on their communication system – similar to the in-built telephone you might have in your fancy car hire Cape Town vehicle – to let the skipper know about having their job done

Back on the vessel, the good diamonds and the bad gravel are being separated – you remember Cinderella?

If the divers were lucky, they gemstones are being brought to the diamond exchange in Johannesburg, being sold on the open market

Blue diamond: back to the wedding

In the diver’s jargon, “a glass out” means “flat seas, perfect for diving”.

If you feel like a glass outside your charming bed and breakfast, watching the sun setting after an exciting day in Port Nolloth, don’t think twice! As you are staying for the night, not going to use your car hire Cape Town vehicle before the next morning, you might drink …

And you know what you will have to order, I hope? It is not only the one and only drink to have at this particular place in the world, it also gets us back to where we started: Marrying in South Africa. As in 2010, when Prince William proposed to Kate Middleton, his or better: her royal ring was channeled with a “Diamond Blue Cocktail”: A mixture of gin, crème de violet and blue curaçao, lemon juice, champagne and a garnish of edible powder in a silver colour.

I am sure you will enjoy it – as you will definitely enjoy your trip to the diamond coast!