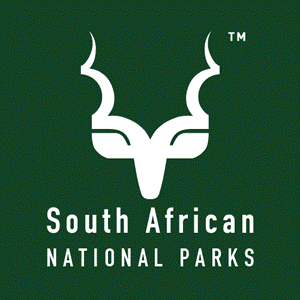 September is heritage month in South Africa, and to show appreciation of our country’s indigenous fauna and flora, the South African National Parks Board has granted free day entry to a choice of parks across South Africa. Coined SANParks Week, visitors are encouraged to venture out their houses and swap shopping for a drive to their favourite National Park. From the sapphire blue Langebaan Lagoon, to the Cape Agulhas Lighthouse; there are many man-made and natural attractions to look forward to.

Only a few hours from the bustling city life of Cape Town will you find a magical kingdom of the prettiest Cape flowers and the bluest waters. The West Coast National Park stretches from Yzerfontein, to the quiet fishing village of Saldanha Bay, and right around Langebaan.

If you are unable to drive far distances to Namaqualand and are desperate to see the Cape flowers in full bloom, then the Postberg fields in the West Coast National Park won’t leave you disappointed. Rise early in the morning, when the air is fresh and crisp, and go for a leisurely stroll among the Cape fynbos.

How lovely would it be to have a braai right next to the sea while rolling white waves break against the rocks? It’s not often that you get to experience the mist of the ocean while standing in front of a fire. Tsaarsbank is one of the few places where you can still do this.

Bring your beach umbrella and chairs for a lazy afternoon soaking up the sun next to the crystal clear water of the Langebaan Lagoon. Pack a picnic basket and bring it along as there are braai facilities available at Preekstoel.

Whilst driving through the West Coast National Park it will be worth your while to stop at the Geelbek Visitors Centre for a wealth of information regarding the area.  Brush up on West Coast botany and learn about the cultural history of the area.

Get a taste of the traditional Cape at the charming Geelbek restaurant which is housed in a lovely restored Cape Dutch house. Tuck in to delicious traditional dishes which reflect a marriage of various cultures such as Portuguese, Dutch, Italian and Malay.

Energise your mind and body by breathing in the fresh smells of the sea during a 4.6km walk from the Langebaan Gate to the Seeberg view point. The walk is along the Bakoor Trail.

Don’t forget to bring your binoculars and bird book along for a spot of bird-watching at various bird hides located in the park. The Curlew Sandpiper, Grey Plover and Sanderling are among the many birds that make their home there.

The Langebaan Lagoon is made up of three different zones. Zone A is a multi-functional area utilised for most water sports such as kitesurfing, water-skiing, snorkelling, diving, kayaking, and swimming. Don’t forget your swimming costume for a cooling dip in the water!

Zone B is reserved for sail boats only, no engine powered boats are allowed.

Zone C is a sanctuary area where access is prohibited.

Cape Agulhas is shrouded in mystery and history as old as the Cape itself. From the days when explorers first dropped anchor on the rugged most Southern-tipped coastline to contemporary latter-day sailors, each has left a story worth telling. The coastline along Cape Agulhas is notorious for being the site of enormous crashing waves that are able to destroy great ships as easily as snapping a twig; this is why the area is known as the “Cape of Storms”.

Reimagine history with a visit to the coastline where the remnants of famous shipwrecks such as The Zoetendal, Birkenhead and Armiston lie trapped between the rocks and sand of the Cape Agulhas shoreline.

Stretch your legs with a casual walk through the fynbos of Cape Agulhas. There is unfortunately no game to spot, but the colourful flowers (during September) and tiny creatures who make their home between the plants definitely make the walk worthwhile and entertaining.

The Cape Agulhas Lighthouse and Museum

The Cape Agulhas lighthouse has ferried the earliest sailors from dark stormy seas to the safety of the shoreline. This lighthouse is the second oldest in South Africa. Inside you’ll find a museum where the remains of ancient stone fish traps used by the Khoisan can be observed.

Find yourself a bench, sit back and admire the view of the ocean for a while. There’s nothing like staring out at the sea and inhaling some fresh clean air.

Stand on the Southern-most tip of Africa

Instead of traveling with an expensive tour company, why not rent a car through Aroundabout Cars? Your expenses will be reduced and you will have free will to go wherever you choose.