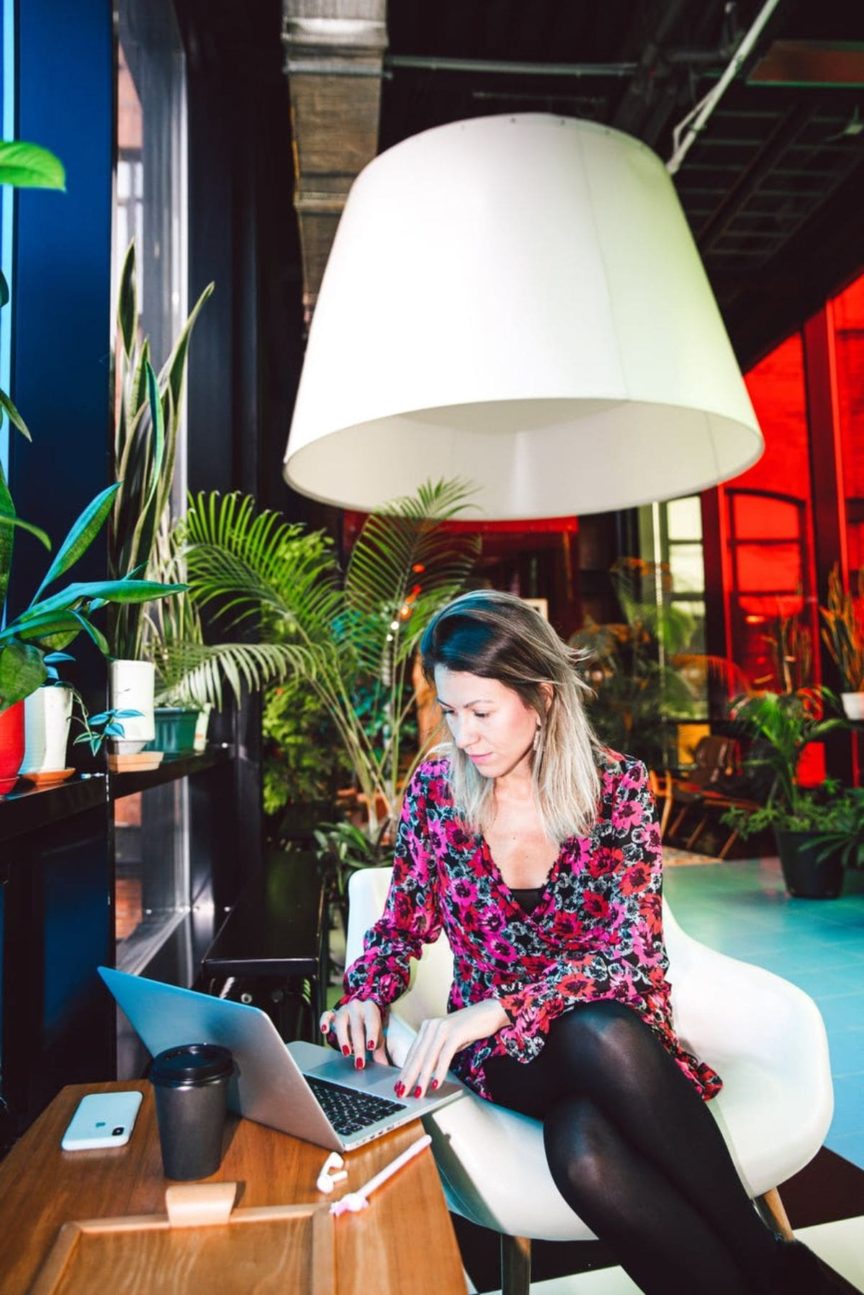 The world of work is changing, instead of sitting in the office from 8 a.m. to 5 p.m., more and more employees and entrepreneurs are executing their jobs at flexible times. And despite the increasing number of home offices, thanks to modern technology, we can connect with anyone from anywhere, perfect for combining a trip to South Africa with having a look into your laptop every now and then.

To spare you from sitting in your hotel room all by you own, sending emails while the sun is out and shining, use your car hire Johannesburg and choose which one of the countless cafés you would prefer to do your work. Whether you book a separate room, enjoy gluten-free cake or want to be infected by the dynamic atmosphere of like-minded people, the right internet café is guaranteed out there for you! 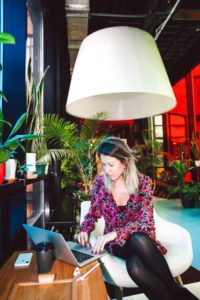 Of course, you don’t have to have booked a business trip to benefit from coffee and WiFi in Jozi. If your car hire Johannesburg is about to get you to the Kruger, you should also think about writing a few emails beforehand – as you will only find very few places with reception in the exciting safari park.

Omelette in the evening

You like to sleep late, especially when you are on vacation? Then you have to steer your car hire Johannesburg vehicle to Parkhust and make your way to Bloom. Only a good two years old, the café has developed into a popular meeting place for creative minds and young entrepreneurs. And you can order your breakfast in the evening too! In addition to coffee, choose from an extensive selection of unusual teas and use the fast, free WiFi during private meetings in a separate room.

Park your vehicle in front of The Grind Coffee Company in Melrose Arch and enjoy a fully equipped public office. The café offers you a total of nine workstations, five, two and three-pin-plugs, three floors and just as many meeting rooms with TV screens. Of course, you don’t starve or die of thirst here either. 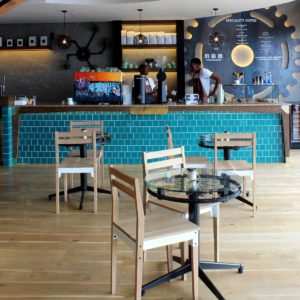 Don’t worry, if you decide to visit Naked Coffee in Morningside, you can still enter in your normal everyday clothes. Despite your work, you can relax like in the great outdoors amid lush green tiles and diverse plants, and can indulge in vegan and gluten-free specialties on extremely comfortable seating.

Parkview is another area you can easily access thanks to your car hire Johannesburg. The Croft & Co. is waiting for you here, enjoy personal and competent service, unlimited WiFi and choose between an outdoor space, one of the two large tables in the middle of the café or a completely noise-free meeting room with your business partners.

The Gourmet Grocer in Birdhaven is much more than a simple workspace with two-pin sockets, USB connections and the possibility of working outside. Because the name of the dog-friendly café says it all: The coffee is prepared in the in-house roastery and should not be enjoyed without some of the handmade delicacies! Before you get back into your vehicle, take some of the delicacies on offer with you. 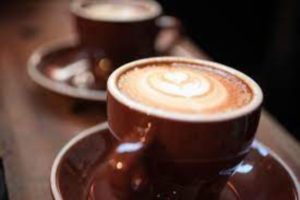 Enjoy every 11th drink for free

Seattle Coffee’s furnishing is as luxurious as the surroundings. The popular café is based in Sandton, so you can swap the comfortable seats of your car hire Johannesburg vehicle for comfortable leather armchairs and not only make use of the free WiFi and sufficient charging sockets, but also enjoy another free drink after your tenth order. The light is subdued, the view of the lively district unbeatable. 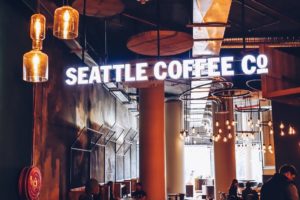 You feel like you have done enough own work now? After all, you are in South Africa! It’s not for nothing that you have booked a car hire Johannesburg, of course you would also like to explore the area! Why not take a look at the economic and financial centre of the lively metropolis? Experience the daily activities of the City of Golds inhabitants and find out if gold still plays a role in the world-known business hub.

From ATMs and banks

In Sandton, you can draw money to go shopping, to pamper yourself with a SPA treatment or to visit one of the numerous cultural institutions. Here you can also see where your money is actually managed: the largest banks in South Africa such as ABSA, Standard Bank or FirstRand have their headquarters in JHB, but also foreign financial institutions such as Credit Suisse, Commerzbank and Bank Doha.

Just as you have decided on a car hire Johannesburg, other large commercial companies have chosen the capital of Gauteng as base for their headquarters. Among other things, the MTN Group is one of the country’s largest telecommunications companies, being in constant competition with Telkom from Pretoria. The oil and chemical group Sasol, on the other hand, operates almost unrivalled: It is not only the largest energy company, but also one of the three largest stock exchange listed companies on the entire continent.

Well – not necessarily anymore. But it all began with gold, Johannesburg originally owes its current prosperity to mining. Some of the richest gold deposits around the world are located in the metropolitan area, and the precious metal as well as diamonds are still being unearthed from the mines in Witwatersrand. But in order to do so, the workers have to dig deep: the shafts of the Western Deep Levels Mine extend for almost 4,000 meters into the ground. The geothermal conditions require a high expenditure of energy, as the humidity is just as high as the temperatures. Alone, for the production of a little more than 30 grams of fine gold, the below is needed:

It is not for nothing that gold is still traded as a particularly expensive metal around the world. Even if it is no longer used as a daily payment currency, it is still a symbol of wealth and power – and a particularly popular material for all the most popular pieces of jewellery, because diamonds aren’t a girl’s only best friend …

Johannesburg plays an important role in trading in both commodities. Platinum, copper, coal and chrome are all mined in the Transvaal; the listed mining companies in Gauteng’s capital include Implats, Gold Fields and AngloGold Ashanti, which together employ hundreds of thousands of people.

Are you a shareholder?

You can also pass the South African stock exchange in Sandton with your car hire Johannesburg. The equivalent of over five billion euros is traded each month on the continent’s largest Stock Exchange. The foundation stone for the building was laid in 1887 – at that time with the sole aim of raising the capital required for the mining industry.

Since, not only the economic aspects have expanded, but also the architecture of the building and its facilities. The modern glass facade shines under the South African sun for most of the year, as does the steel sculpture “The Battle of the Markets – The Bull and The Bear” by the well-known South African sculptor John Zaverdinos, and computers have taken over the direction on the floor. Unfortunately, you are not allowed to enter it. So, instead, continue your trip to the industrial centre of the city.

It is quite possible that your car hire Johannesburg vehicle was even produced in Midrand, because this is where the South African heart of the automotive industry beats – and with it that of many foreign manufacturers such as BMW and Audi. Despite its industrial character, Midrand is therefore one of the richest places in South Africa with a most modern cityscape. One reason for the Pan-African Parliament of the African Union to choose this Johannesburg district as base for its headquarters when it was founded in 2009.

From the car to the train

A car hire Johannesburg has countless advantages: You are flexible in terms of time and location, you are safe on the road in an extremely comfortable vehicle and you have the opportunity to contact the friendly and competent staff at Around About Cars at any time should any questions about your trip arise. So, you don’t have to switch to rails – but maybe you have heard of the showcase project in the province of Gauteng, which gave it half its name: the Gautrain express train. It was built on the occasion of the Soccer World Cup in 2010 and has offered commuters between OR Tambo, Johannesburg and Pretoria a practical alternative to road traffic ever since. 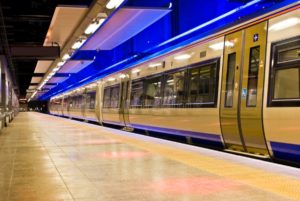 all particularly lively and popular districts with disproportionately large numbers of commercial and entertainment centres. The Gautrain stops at its stations unusually punctually and frequently compared to other South African public transport: every twelve minutes on working days, and every 20 minutes in the evenings and on weekends. On its route, it records a speed of up to 160 kilometres per hour – a tempo you are not allowed on the streets with your car hire Johannesburg vehicle. But that is not a problem in your case either: After all, you are not in this beautiful country to drive from one WiFi café to another in no time – as nice as it is to have coffee there, but also, to enjoy the surroundings. Before going on a safari tour or to the Winelands in the Western Cape, it’s worth taking another trip through Jozi – completely independent of work:

Before the first gold discovery in 1886, there wasn’t much going on in Witwatersrand. But from this moment, the fortune seekers poured into the land of the Bushmen and Dutch settlers, and two government members each named Johannes laid the foundation stone that same year for today’s metropolis. Imposing colonial buildings were built as well as tent camps, and gradually the city developed into the economic centre of South Africa.

One building for justice

Interested in the region’s history? Then get into your car hire Johannesburg and head for Constitution Hill. Not only does the place in Braamfontein offer you stunning magnificent views of the city. You will also find the country’s Supreme Court in a magnificent building that was declared a national monument in 1964. Watch selected court hearings from the stands or pay a visit to one of the three museums, each with interactive exhibitions, numerous presentations of archaeological excavations and modern artefacts. Learn about the city’s colourful history, and take a look at the largest human rights library in the southern hemisphere or admire the works of famous African painters and sculptors.

If you want to satisfy your appetite with a delicious dish and end the day with culinary delights, you don’t have to drive far with your car hire Johannesburg vehicle.

Whether you are looking for a sandwich in a casual atmosphere, a formal business lunch during your business trip or a high-quality menu: you will find what you are looking for. The in-house restaurant offers you an extensive menu with fresh seasonal products from local cultivation, Floorless Cuisine is perfect if you fancy Mediterranean dishes, and in The Smokehouse and Grill you can enjoy a hearty steak and a cocktail at the bar.